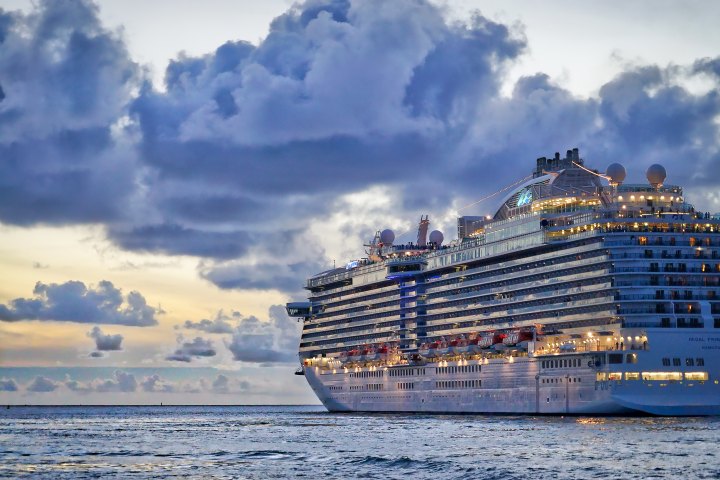 At the beginning of this year, my hubs and I took a family vacation onboard Royal Caribbean’s Harmony of the Seas.  It was amazing to be out of the cold weather and in the blissful sunshine for a week!  This was our third cruise, but our first with Royal Caribbean.

We did a 7 Night Eastern Caribbean Cruise out of Fort Lauderdale.  Here’s what we thought about it:

The port in Fort Lauderdale is actually huge.  My hubs and I have cruised out of Miami previously, which is a smaller port, and I was surprised at the size of Fort Lauderdale’s.  Despite its immense size, however, things worked like a well-oiled machine.  Each ship’s terminal number was listed on a sign above the road right when you entered the port area, so all you had to do was follow the signs to that number.  We chose to Uber from our hotel (cheaper than a cab and less hassle than the shuttle) and our driver had no issues getting in or getting around the terminal.  We pulled right up to the front and our luggage was taken by the porters and we walked inside the building ready to board.

The lineup inside the terminal building seemed long, but it was constantly moving.  The free wifi helped to pass the time, too.  We weren’t in line for very long, and once we made it to the counter we had our photo taken for our Sea Pass cards (the cards used on the ship for pretty much everything) and then we literally just walked on the ship.  (In this area there’s opportunities to take photos with different backdrops, buy lanyards and other small items, but I would suggest to just keep walking).

When you first walk in, you’re on Deck 5, and you actually forget you’re on a giant cruise ship.  Here’s a breakdown of the main decks:

As with all cruise ships, there are areas you will likely never get to or only get to once.  I’m sure the speciality restaurants were great, but we chose to eat at the main dining area.

We did not book any shore excursions.  In my experience they are expensive and I quite enjoy wandering at my own pace.

In Philipsburg you can take a water taxi to the main area.  There’s some shopping, restaurants/bars and a beach area.  There’s a cost of rent a lounger and umbrella.  It was a great and easy day.

San Juan was my favourite!  I would go back there in a second.  The people were so friendly and nice and willing to help us locate places on our maps (TIP: you’ll get a map from the ship as you leave, but it’s less than helpful.  We found a nearby Starbucks and they provided complimentary tourist maps… with actual street names.  I would suggest grabbing once of those).  The buildings were beautiful and each one was a different colour.  The streets were cobblestone and definitely had that Spanish-Euro feel.

Labadee, Haiti.  OK, I wasn’t sure how to feel about this port initially.  I knew that Royal Caribbean purchased a section of Haiti, and my first thought was, “yeah, but how much of that money actually went back to help the country of Haiti?”  I still don’t know the answer and you’re so far away from any town or city, it’s hard to tell.  Labadee was the only place I swam in the ocean and I loved it for that!  There was a cool little floating bar my hubs and I swam to a couple times for some Corona’s.  We did rent two loungers and a clam shell umbrella for $48 USD.  It was worth it.  Lunch was provided; it was a BBQ buffet and was really good.  We spent the day lounging, soaking up the sun and swimming in the sea.

Overall, this was a beautiful ship.  The staff and crew were incredibly friendly and always willing to help out.  There were some activities going on during the day (though not as many as I would have thought).  The nightlife was a bit lacking, it also started at around 11PM, and we found that disappointing.  We also felt that there was an extra charge for everything and that added up.  It was great to be travelling with family, making memories and sharing laughs, but we don’t see ourselves booking another Royal Caribbean cruise anytime soon.

We all felt the motion of this cruise ship.  It wasn’t enough to make anyone sea sick (although we did witness some sea sick guests), but we felt it everyday.  One thought was because the ship is almost hollow in the middle, to allow of the inside balconies, but we’re not sure. 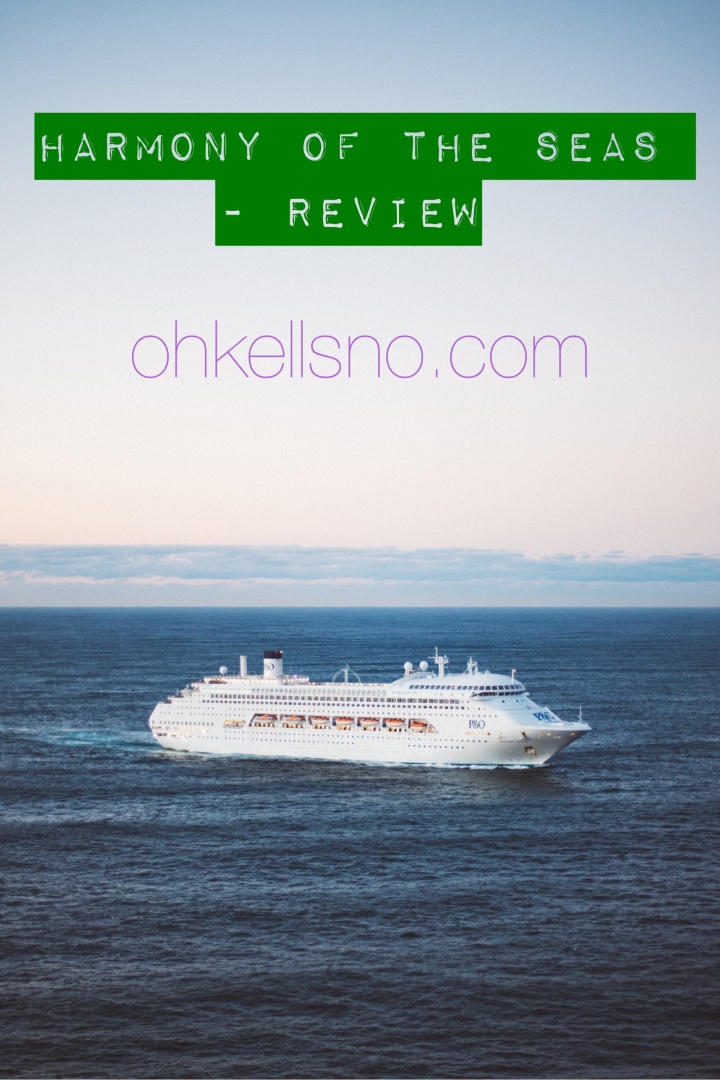 One thought on “Harmony of the Seas – Review”